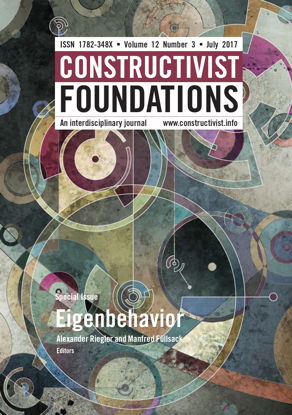 Open peer commentary on the article “Music as Semiotic Eigenbehavior” by Douglas Walter Scott. Upshot: The main goal of this commentary is to provide an impetus toward the integration of some aspects of musical enactivism and ecological psychology into the framework of the semiotic eigencycle. I argue that the notions of embodied imagination and musical affordances at the level of interaction between agent and musical environment, play a robustly causal or perhaps even a constitutive role in the music cognitive semiotic process.