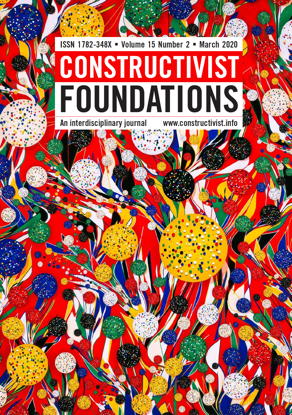 Open peer commentary on the article “I Can’t Yet and Growth Mindset” by Fiona Murphy & Hugh Gash. Abstract: What Murphy and Gash are attempting to do is to solve a significant problem some students have being successful in school, one that is not often addressed in any significant way. The language used to describe the lessons has some significant departures from radical constructivism. It is, no doubt, beneficial that the students in the study may have developed improvements in self-image, but, as seen in other work, the application of radical constructivism to develop and extend the work started in the study could result in more and more lasting improvements.