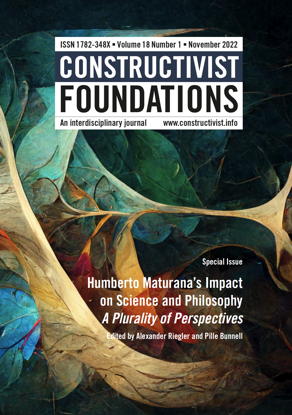 Context: Maturana’s lifework is extensive, and consists of a coherent network of interlinked ideas the consequences of which have not been fully explored. Problem: What does it take to understand Maturana’s work? Is “learning” Maturana as arduous as learning a completely different language, or is there sufficient value in learning selected elements of his network of ideas? Method: We discuss these fundamental questions and relate them to aspects of understanding, word meaning and the scientific method. Results: While getting only partially familiar with Maturana can have its merits in certain contexts, there is a clear danger of trying to understand Maturana on the basis of words such as autopoiesis, consciousness, cognition, and science. Implications: We identify three directions in which Maturana’s ideas can be further explored: preparing social media videos, finding ever new domains of application, and their historical-conceptual relativization.