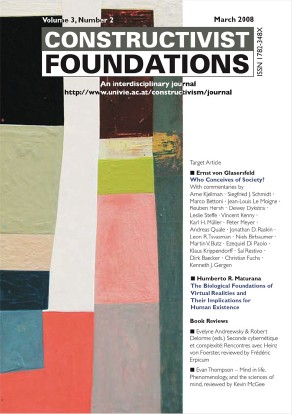 Purpose: To consider the implications of the operation of the nervous system – and of the constitution of cultures as closed networks of languaging and emotioning – for how we understand and generate so-called “virtual realities.” Findings: The nervous system is a detector of configurations within itself and thus cannot represent reality. The distinction between virtual and non-virtual realities does not apply to the operation of the nervous system; rather it pertains to the operation of the observer as a languaging being. Our human existence has changed as virtual realities have become non-virtual through their systemic cultural inclusion in the realization of our biological human manner of living. Implications: Virtual realities are never trivial, because we always become transformed as we live them according to the emotioning of the psychic space that they bring about in our living, and this is so regardless of whether we like it or not.